29 Mar Proudly supporting THIS GIRL CAN

Posted at 04:27h in Event photography by Montang Melissa This Girl Can launched this week which celebrates active women who come in all shapes, sizes and levels of ability. Brought to Victoria by VicHealth.

We’ve really enjoyed being a part of this movement and taking the pictures for the launch of their social campaign of the AMAZING women involved and actively working together to bring change. Thanks to those who helped support as well. About THIS GIRL CAN – Victoria 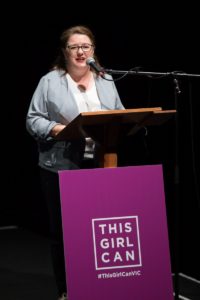 This Girl Can – Victoria is here to celebrate and support Victorian women embracing physical activity in a way that suits you. Whether it’s a little or a lot, what matters is getting some movement into your day.

While many of us know that exercising is important for our physical and mental health, that doesn’t change the fact that half of us aren’t getting enough exercise each week.

Why? Victorian women have told us that a big part of not trying new activities or getting involved in sport is a fear of being judged, or not being fit enough to start. Not to mention, twice as many women than men put off getting active because they’re worried about what other people think – how unfair is that? Sports, gyms and moving your body are for everybody (literally, every body).

So we’re banding together to put a red-hot stop to this.

Because it’s perfectly normal to get sweaty and messy when you’re having fun and getting active. Because moving and making time for your health doesn’t need to be a chore. Because there are so many options, and we’re on a mission to help you find something that feels right for you.

This Girl Can – Victoria is an empowering campaign from VicHealth, based on Sport England’s highly successful This Girl Can campaign (which motivated a whopping 3.9 million women in England to take their fitness into their own hands). After seeing the impact there, the VicHealth team was inspired to get involved – and now, Australia is the first country in the world to license this powerful campaign.